Our customers and reviews

The company ENCE GmbH, Hergiswil, Switzerland together with its service centers in Moscow, Kiev and Almaty carries over comprehensive projects as well as supplies separate processing equipment and auxiliaries to the Customers in CIS and Eastern Europe in various industries such as.

The company is the national operator of the Republic of Kazakhstan for import and export of uranium rare metals, nuclear fuel for power plants, special equipment and dual-purpose materials. Kazatomprom is one of the world’s leading uranium-mining companies.

Part of AO NAC KazAtomProm. The plant is engaged in extraction of commercial minerals, containing radioactive materials, including uranium. 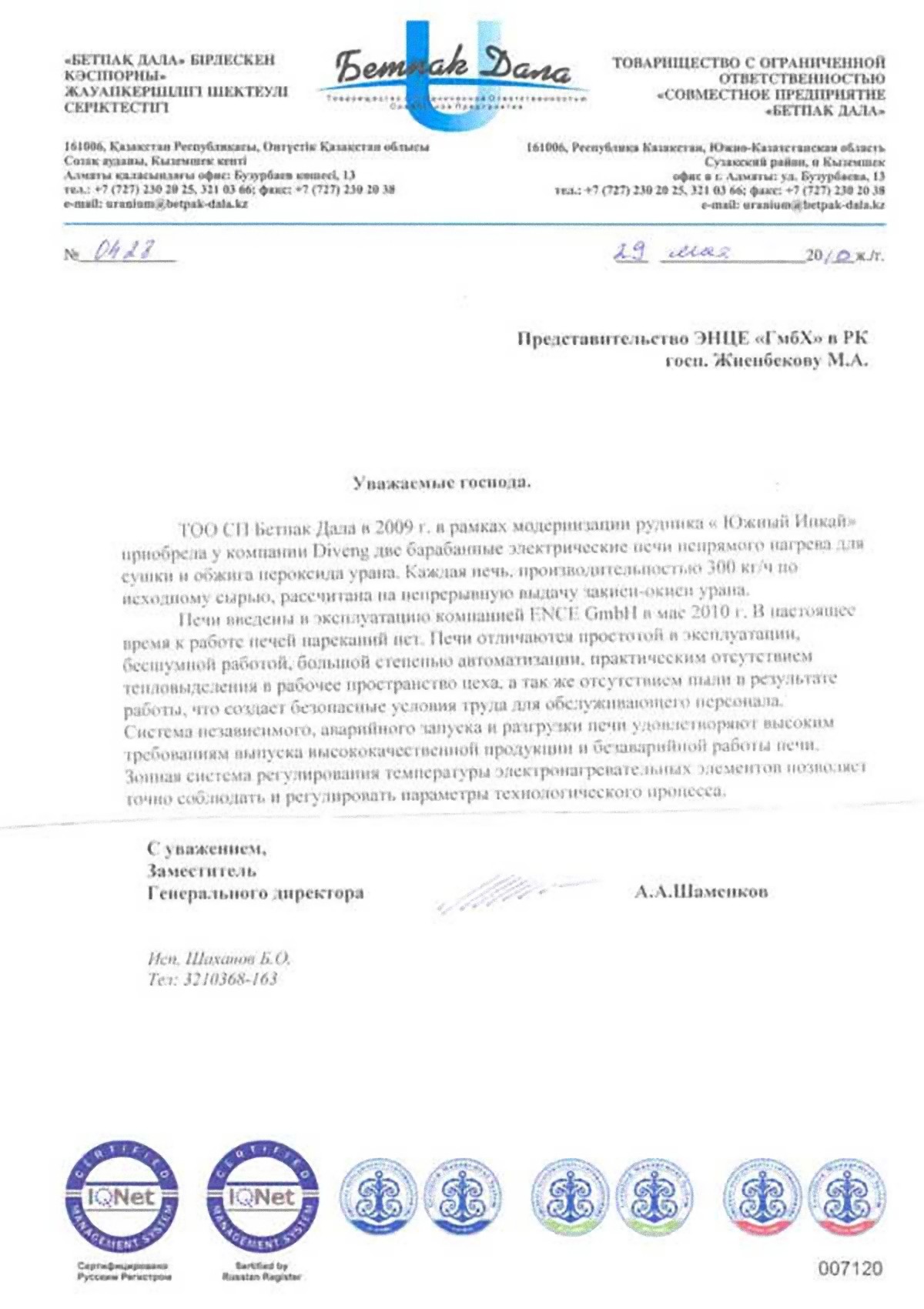 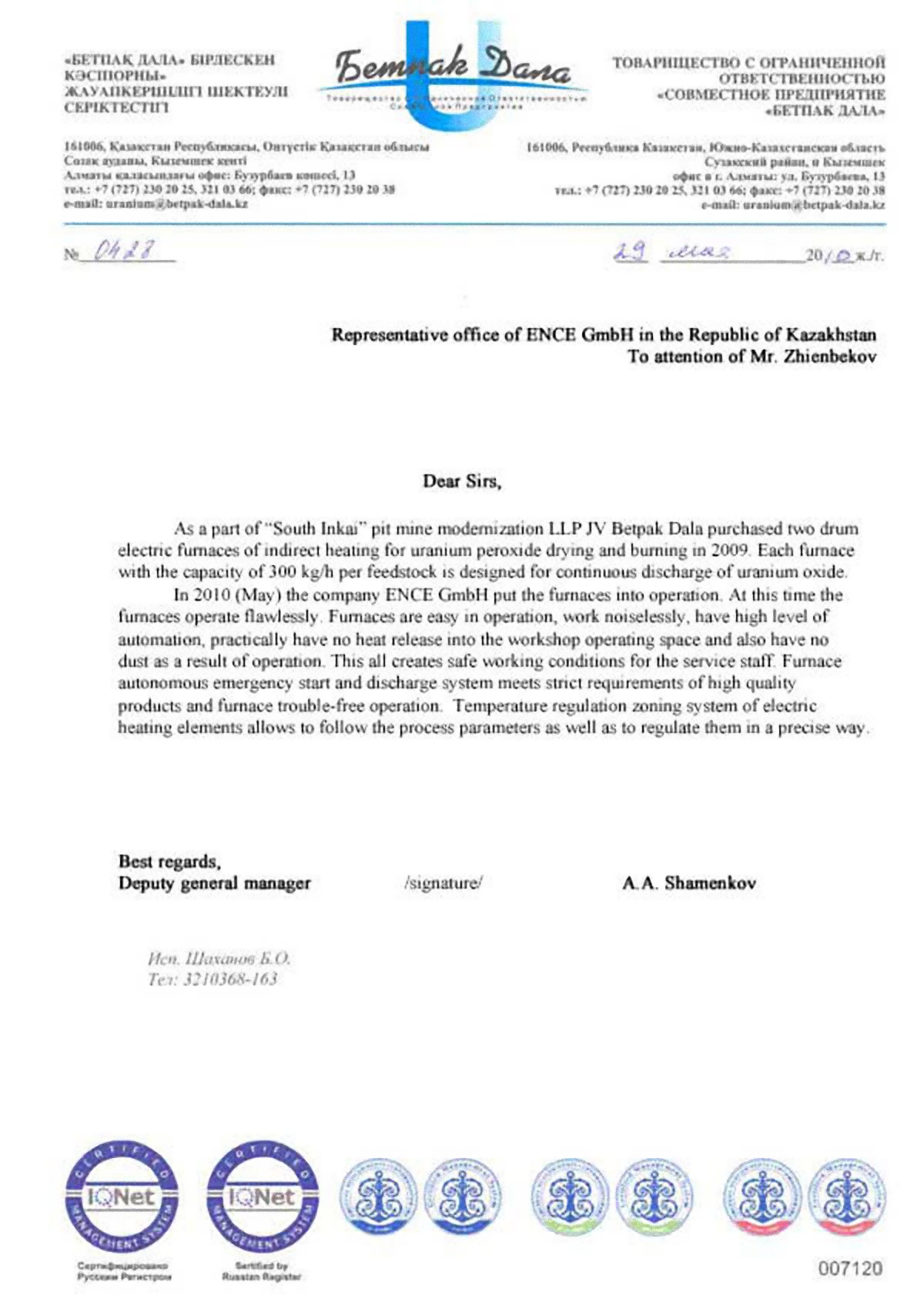 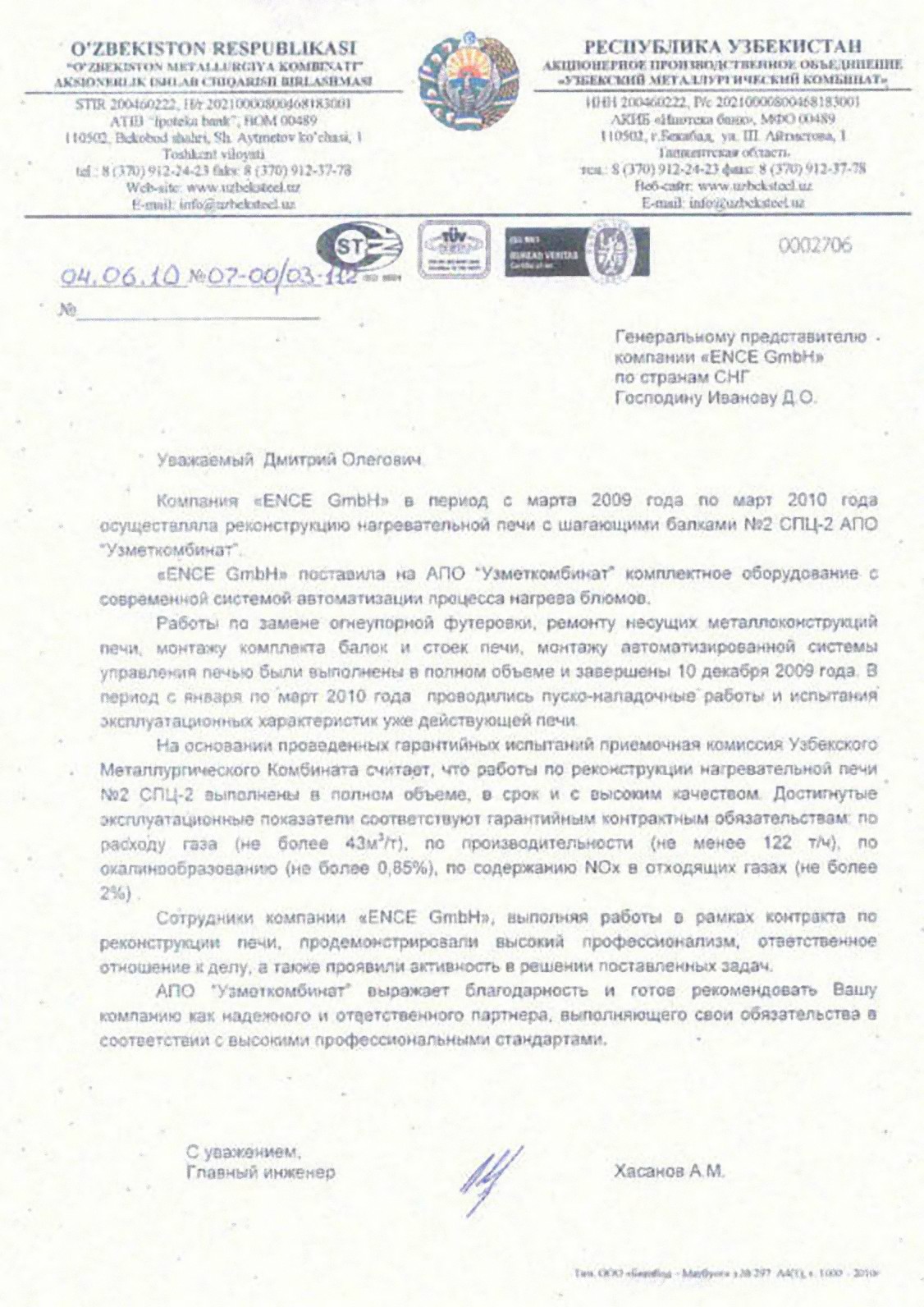 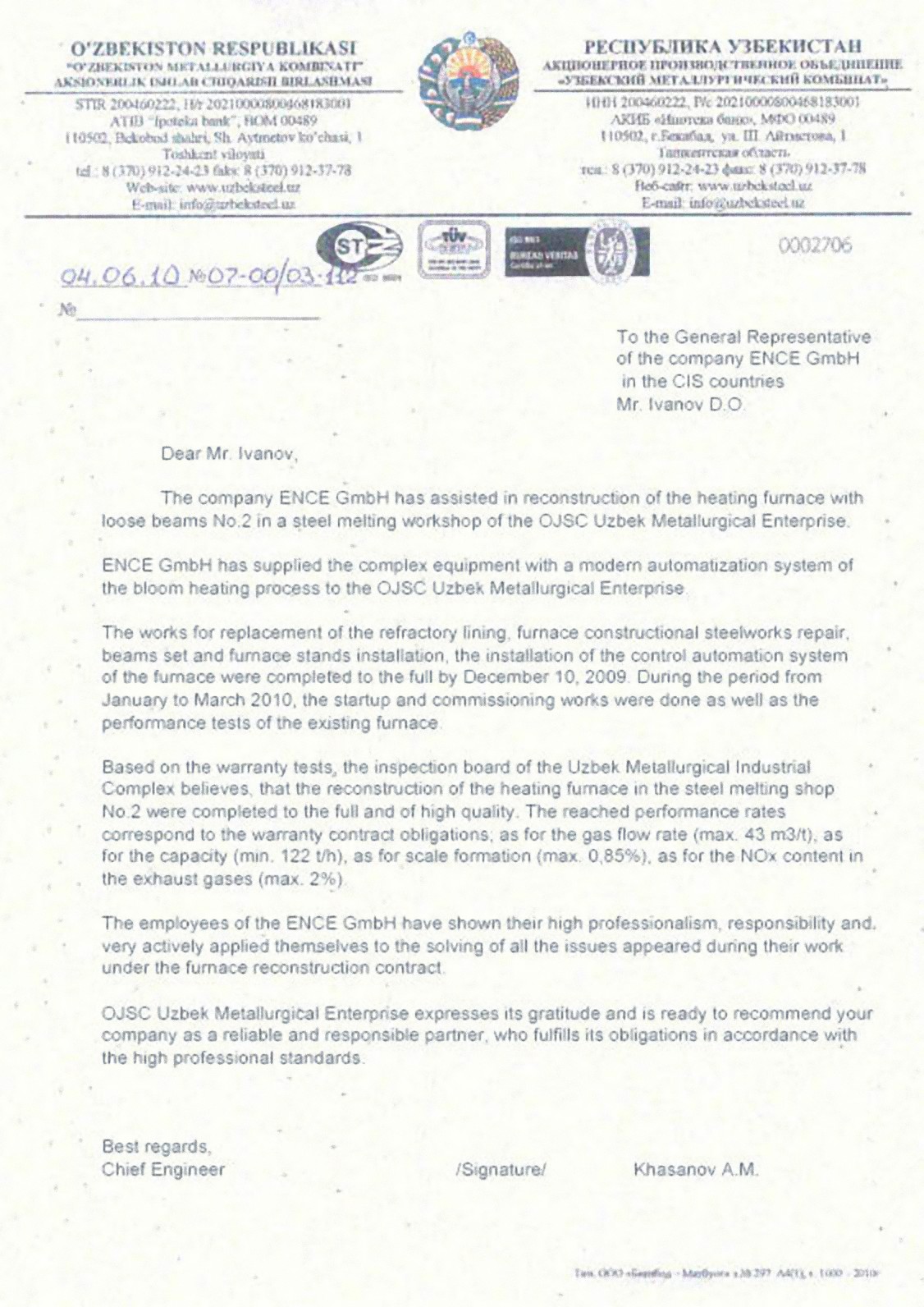 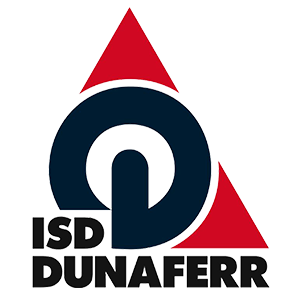 It is a part of LUKOIL-Neftekhim group. One of the largest manufacturers of low pressure polyethylene, vinyl acetate, pyrolyzates.

It is a part of LUKOIL-Neftekhim group. The company Produces polyethylen, gasoline, vinylchloride monomer, propylene, tar, butylene-butadiene fraction and ethylene.

One of the leading oil production and refinement companies in Russia.

It is a part of TNK-BP Company . The plant produces 5,9 MM tons of crude oil and 836 MM cubic meters of associated gas per year.

It is a part of TNK-BP Company . The plant produces light products, gasoline, jet fuel, and diesel.

The plant is a part of OJSC TNK-NYAGAN. The annual production of crude is 8 MM tons. 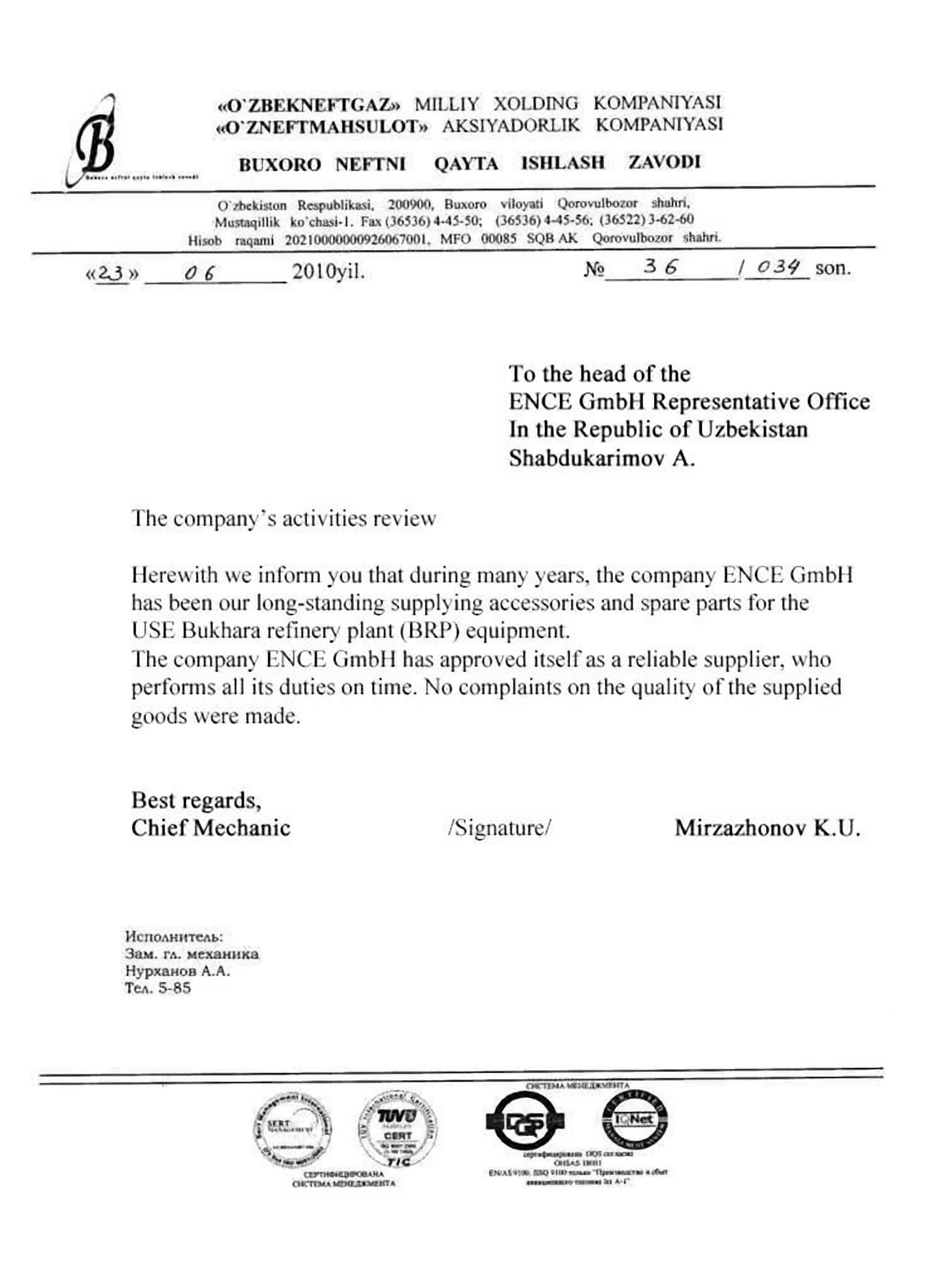 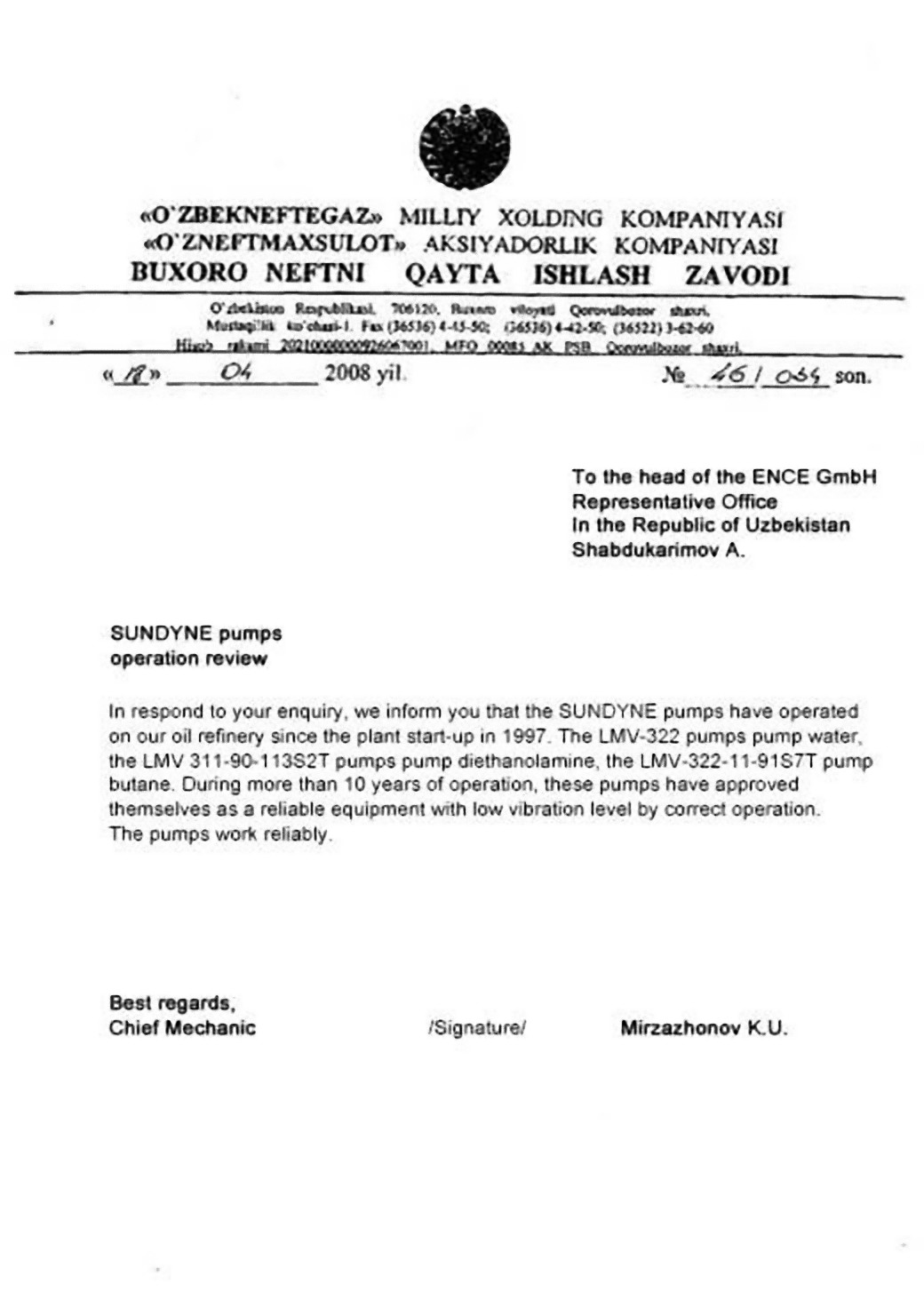 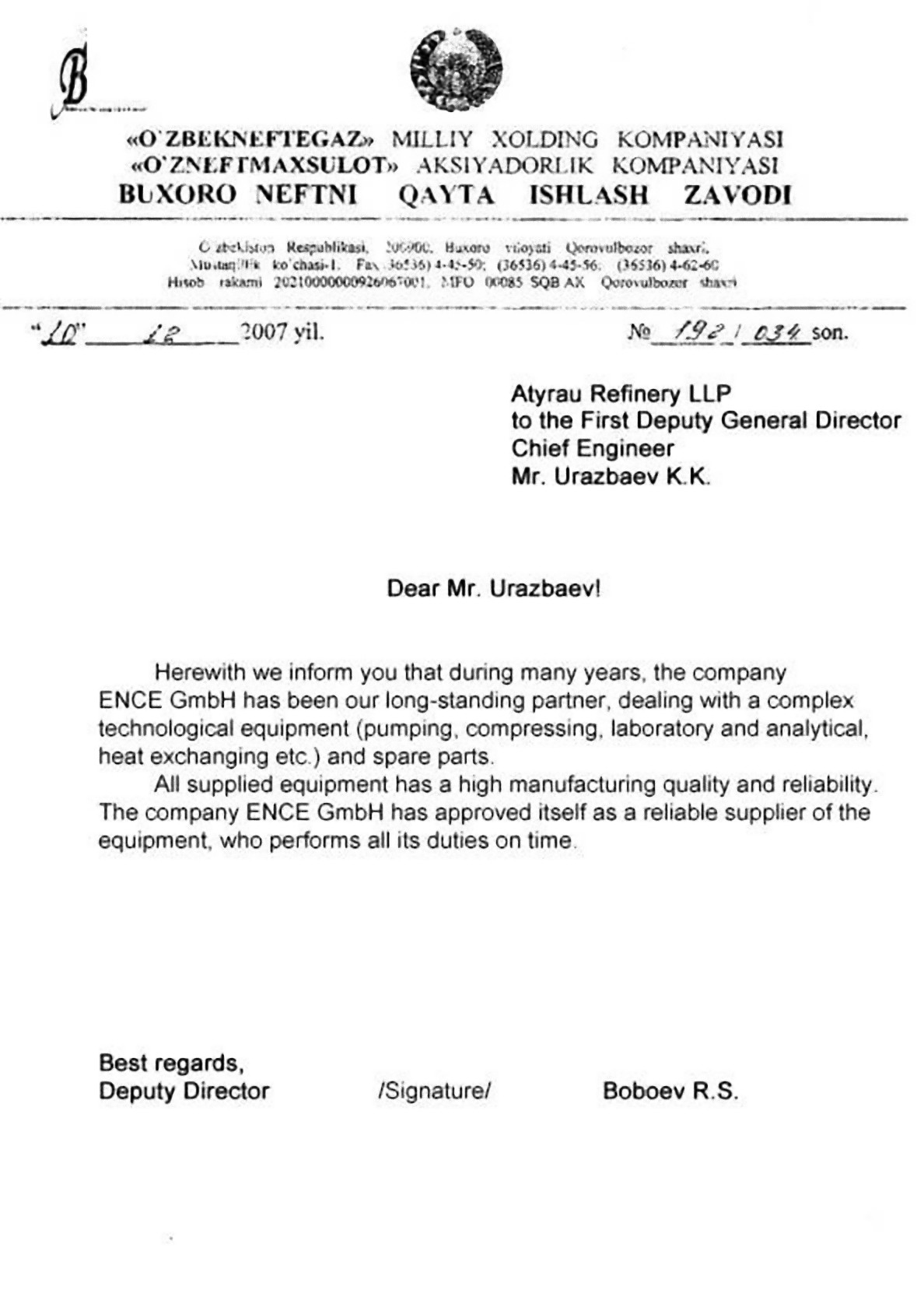 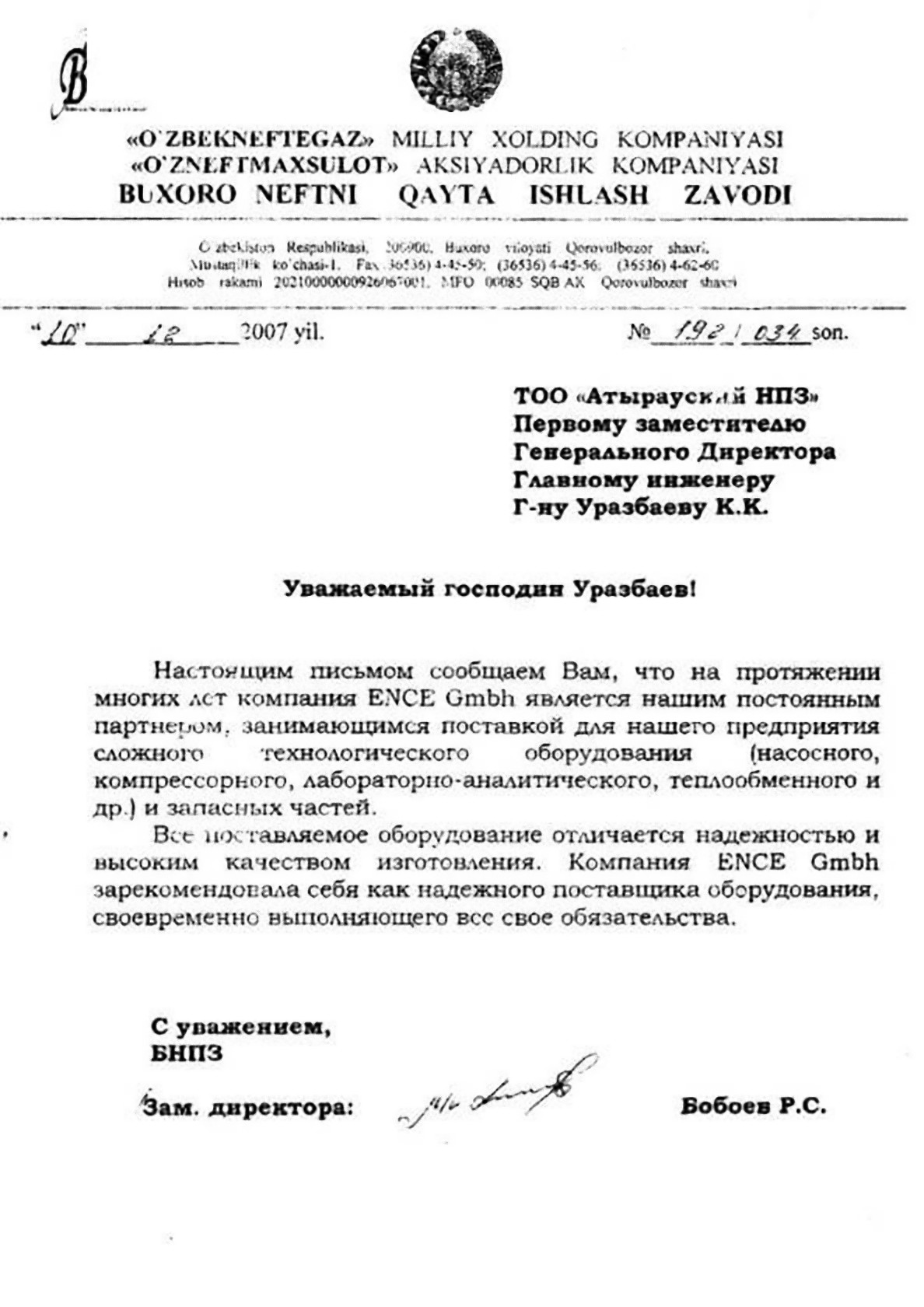